LAPSS has brough together an impressive group of thought leaders, entertainers, filmmakers and musicians who are pushing the narrative of the benefits of psychedelics. Here are some of the people that have graced our stage.

What if we had a microscope for observing the mind, a telescope for seeing the soul? A New Understanding: The Science of Psilocybin follows research meant to produce that tool and provide effective new treatments for depression and the existential distress of the terminally ill.

Screening: FROM SHOCK TO AWE

A vivid and memorable piece of filmmaking. A story of salvation told through the eyes of two vets who came back from Afghanistan wracked by guilt about the violence and death they participated in.
We follow as they find a way to save their souls using plant medicines.

Shane Mauss is about the furthest you can get from a stereotypical psychonaut. This is a funny and searching journey through the world of psychedelics. Another marvelous piece of filmmaking. It is a soon-to- be-released feature that utilizes Shane’s acute insight as he seeks to understand himself.

This is a vivid introduction to the broad panorama of plant medicines. It’s filled with vivid interviews with many of the luminaries in the field, as well as an up-close look at indigenous shamans and at how the medicines are used as part of traditional life. This film introduces us to a dazzling multiplicity of people, places and experiences.

Screening: INTEGRATION (Part of the Psychedelica series for the Gaia Channel)

An extended visual essay about the importance of how we process and absorb psychedelic experience — and find and apply its meaning to our lives. The video touches on the spiritual, the cultural and the psychological.

Joey Jewels is a Producer / DJ from Los Angeles California. His sound is an excellent example of what inexpensive equipment and a fertile imagination can create. Some of the things you will hear may seem familiar, others strange and unique.

Chor Boogie: Internationally acclaimed visionary spray paint artist, iboga educator & activist. His visionary murals and art exhibitions have appeared all over the globe, including venues such as the Beijing 2008 Olympic Games, the Smithsonian, Museum of Public Arts in Baton Rouge, Museum of Art Puerto Rico, the LA Art Fair, and many more.

As a sound guide, Fabian facilitates a unique style of “Shamanic Sound Journeys” heavily influenced from his visits to the Amazon of Peru. Incorporating the sounds from the jungle and instruments from his travels, he takes participants on a healing mystic sound journey within. For upcoming performance dates or to book a session go to www.realizationnation.com

Mauro Reátegui Perez was born in Mariscal Castilla, Peru in 1973. He studied with Pablo Amaringo at the Usko-Ayar Amazonian School of Painting and graduated in 1995. His paintings are divine messages from plant spirits, containing visions of evolution and magic, creation and healing, the jungle and love. Mauro’s website is mauroart.com.

Eskandar Alexander studied the musical traditions of Persian Music. He maintains traditional foundations and interprets the ancient gems into modern creations. Alexander aims to induce trance states and a deep sense of heart presence in listeners. His style of Tar playing is unique and pulls listeners into a journey of return to the heart. The Persian Tar (800-900 years old) is a spiritual tool, as it has been used throughout history, and much less of a recreational activity. Visit at www.mystictar.com

Mike Saijo, visual artist, takes a contemporary approach to an historical subject. His latest art project involves working with the Shipibo community of Peru on a multimedia installation and launching a crowdsource campaign to publish a Shipibo poetry book. JENE NETE: A Shipibo-Konibo Cosmology Poetry Book’ on Indiegogo.

Joey Jewels is a Producer / DJ from Los Angeles California.
His sound is an excellent example of what inexpensive equipment and a fertile imagination can create. Some of the things you will hear may seem familiar, others strange and unique.
Links:
Instagram.com/butterkingjewels
Soundcloud.com/butterkingjewels

Maz Karandish is a devotee of music and a multi-instrumentalist covering grounds from Raga and and Maqam to Harmony and Jazz. He utilizes about a dozen instruments to bring the various forms of music to life. Maz is currently most active in exploring the sitar as it is expressed and understood in the Vilayat Khani tradition. He finds himself devoting the majority of his time to Indian Sitar, Raga vocal practice, and world music. In addition he plays Oud(Lute) and Persian Tar with the Santa Barabara Middle Eastern Ensemble where he specializes in Near East, Persian, Arabic, and Turkish repertoire. On his spare time Maz enjoys writing lyrics and incorporates guitar, synths, and harmony to bring his music to life. 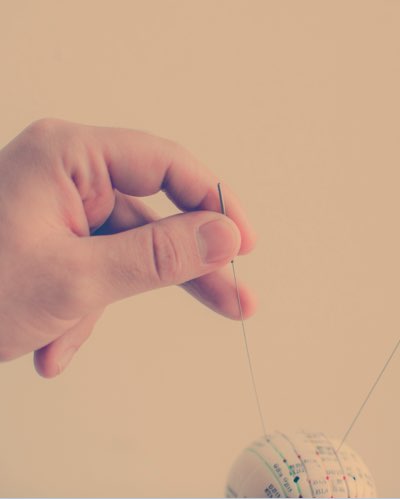